Why We Need First Aid in Schools 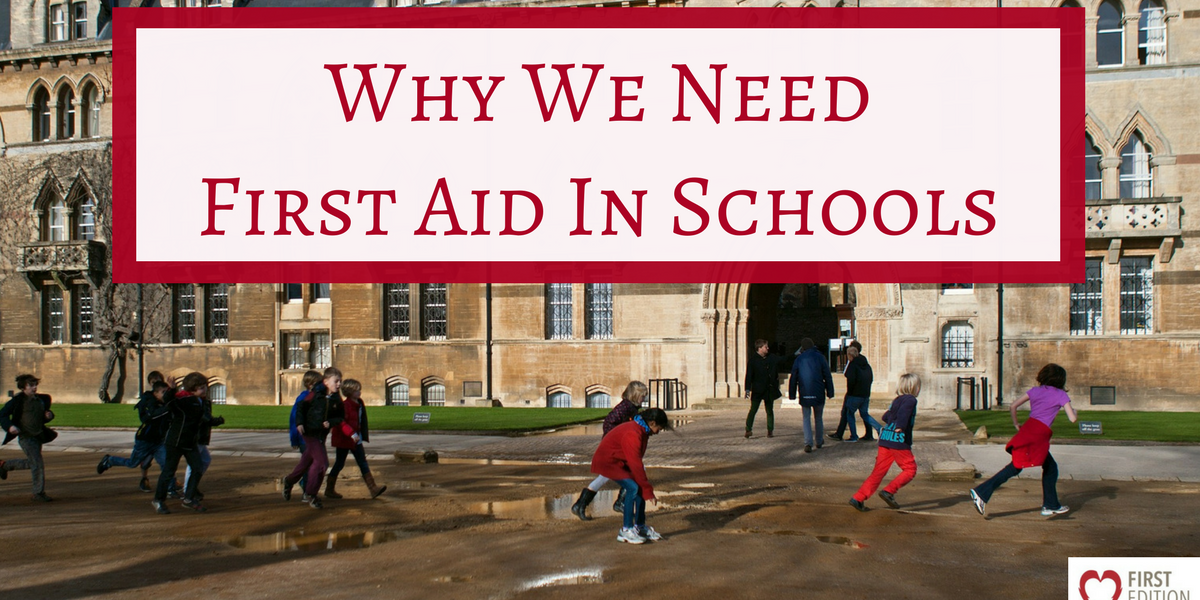 Why We Need First Aid in Schools

If everyone in the world knew first aid and CPR, the world would be a much safer place! So, why are we not teaching first aid in schools? With the amount of information offered to children (babysitting courses, wood-working, sports education, etc.), first aid should be a topic among them. Not only is it a great skill to have for personal care, it can be life-saving in emergencies.

Although it may seem like a daunting task to give to your children, wouldn’t it be better that they were prepared? If children had first aid skills, they could take action in emergencies and know what to expect and what to do when an adult is nor around! Take a look at these children who learned CPR and first aid skills and took matters into their own hands. These kids set a standard for what all children (and parents) can hope for. It is times like these that we can understand why we need first aid in schools! 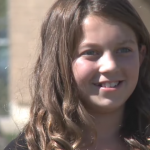 Before school started, Skylar attended a summer camp where she was taught first aid and CPR. The camp firmly believed that children should have these skills, and taught it to all of the campers. After camp, Skylar was at a pool party for a friend and saw one of the boys sink to the bottom of the pool. When they realized he was not joking around, Skylar reacted immediately. She jumped in to pull the boy out, and began CPR. It was a nervous parent who called 911 while Skylar continued to give compressions. In recordings of the phone call, it was clear that the parent was afraid and unsure, while an 11-year-old girl took charge and saved a life. Finally, the boy began breathing again thanks to Skylar’s quick thinking and compressions. 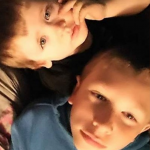 After watching the film, “San Andreas” with Dwayne ‘the Rock’ Johnson, young Jacob O’Connor learned a life-saving skill – CPR. It wasn’t until later on that Jacob found his 2-year-old brother floating face-down in the pool. Jacob jumped in after his brother and immediately pulled him out. Without hesitating, he began to give his younger brother compressions, just like he had seen Dwayne Johnson do in the movie. Shortly after his younger brother coughed up some of the water he had swallowed, Jacob was able to go and run for help. Had it not been for his observation of CPR in a movie, his little brother may not be alive today. Adults are not always around to keep an eye on other children, therefore if we are teaching first aid in schools, other instances may have better outcomes!

Guess what! Dwayne Johnson heard about this heroic kid and flew him out for a visit to thank him and congratulate him. Check out the video here! 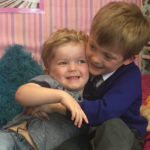 In the UK, there are some schools that offer first aid training to children, even at the age of 5. Young Oliver Bevans was taught basic first aid training in his class and was prepared enough to know how to save his younger brother. The two brothers were at their grandparent’s house for dinner, and their grandmother had briefly left the room. Oliver’s 3-year-old brother choked on a meatball and Oliver jumped up to help. He hit his brother’s back 3 times and was able to dislodge the food from his throat. Oliver’s teacher knew that children should be prepared, believing that “children are capable of learning at the age of five and this training should be brought into all schools.” We couldn’t agree more!

If we prepare the younger generation on what to do, they will be able to help! Less time would be wasted waiting for a first responder, and instead, children can have the skills and ability to take action to help. First aid in schools could be just the thing to save another life!

Do you work with children? Do you know how to save their life in an emergency? Are you prepared to jump into action with confidence? Learn everything you need to know about first aid for child care and safety!

Are Your Dental Hygiene Habits Affecting Your Heart?
May 2, 2022

No Laughing Matter: How Laughter Can Improve Your Heart Health
April 11, 2022

Can Genetics Influence Your Heart?
April 4, 2022