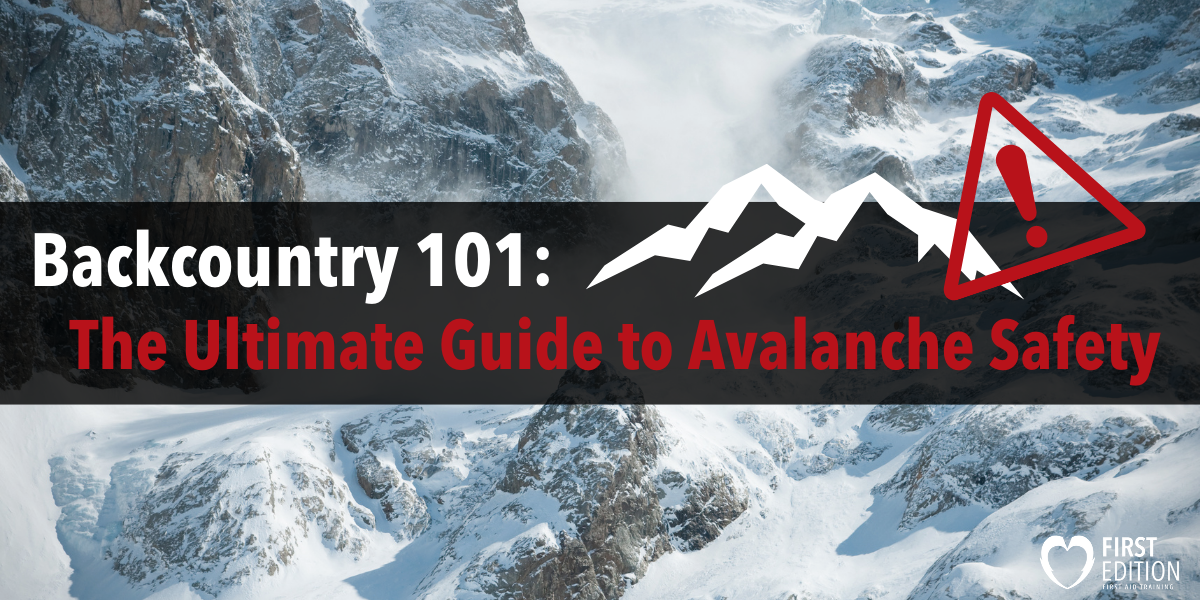 With ski and snowboard season, more and more people will be accessing backcountry areas to hit the slopes.

Avalanches are a serious danger in the backcountry, and it’s important to know how to stay safe when travelling in avalanche terrain.

This guide will review the basics of avalanche safety, including how to identify avalanche hazards, avoid avalanche terrain, and rescue someone if they’re caught in an avalanche. That said, we do highly recommend taking a comprehensive avalanche safety course with hands-on training as this blog cannot properly prepare you for the true dangers on the other side of the fence.

Speaking of snow, have you ever wondered if AEDs can survive the winter? 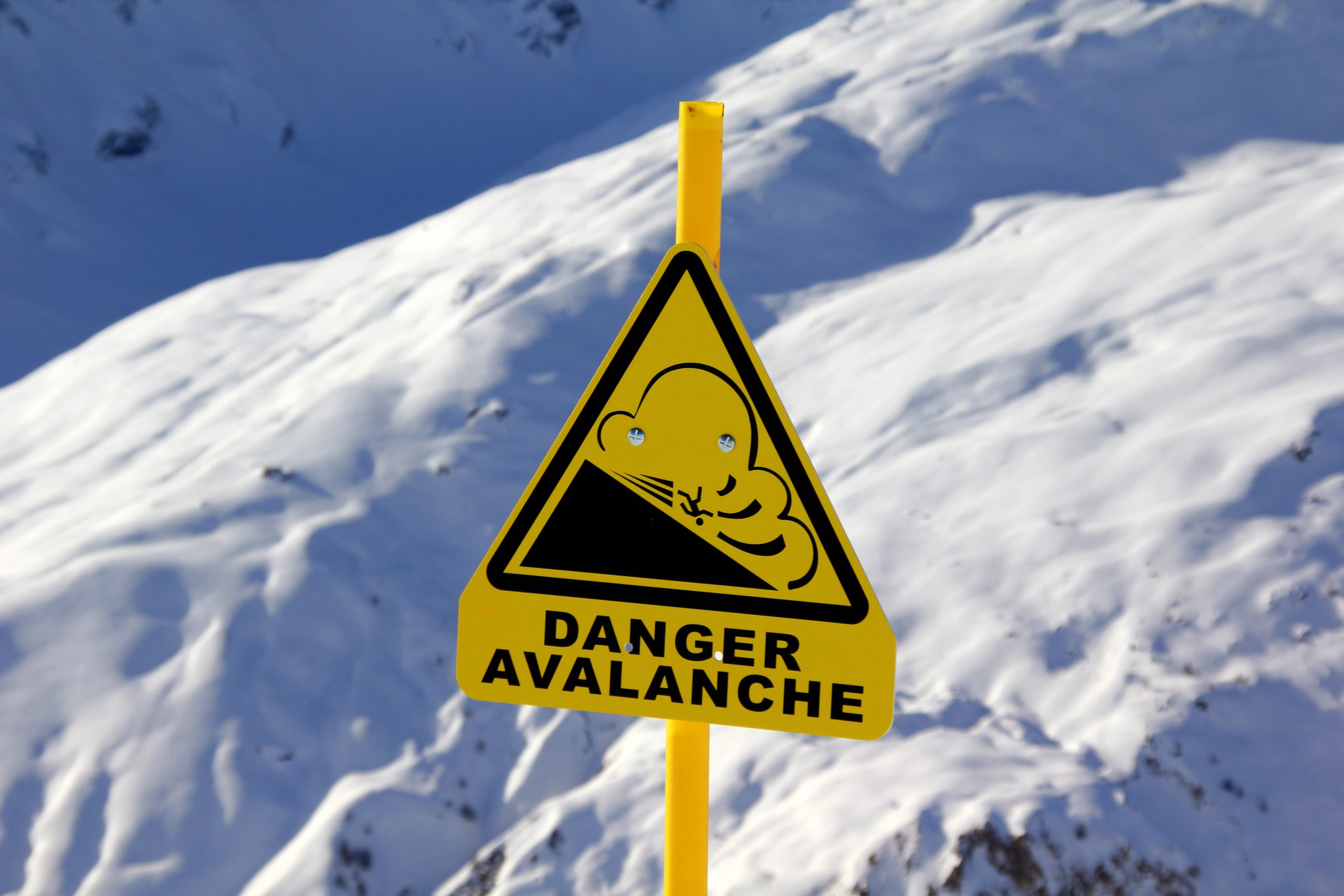 What are Avalanches and What Causes Them

According to National Geographic, avalanches are masses of snow, ice, and rocks that fall rapidly down a mountainside.

There are numerous factors that cause avalanches to occur:

Weather conditions are one of the biggest contributors to avalanche risk.

Avalanche terrain is another major factor in avalanche risk. 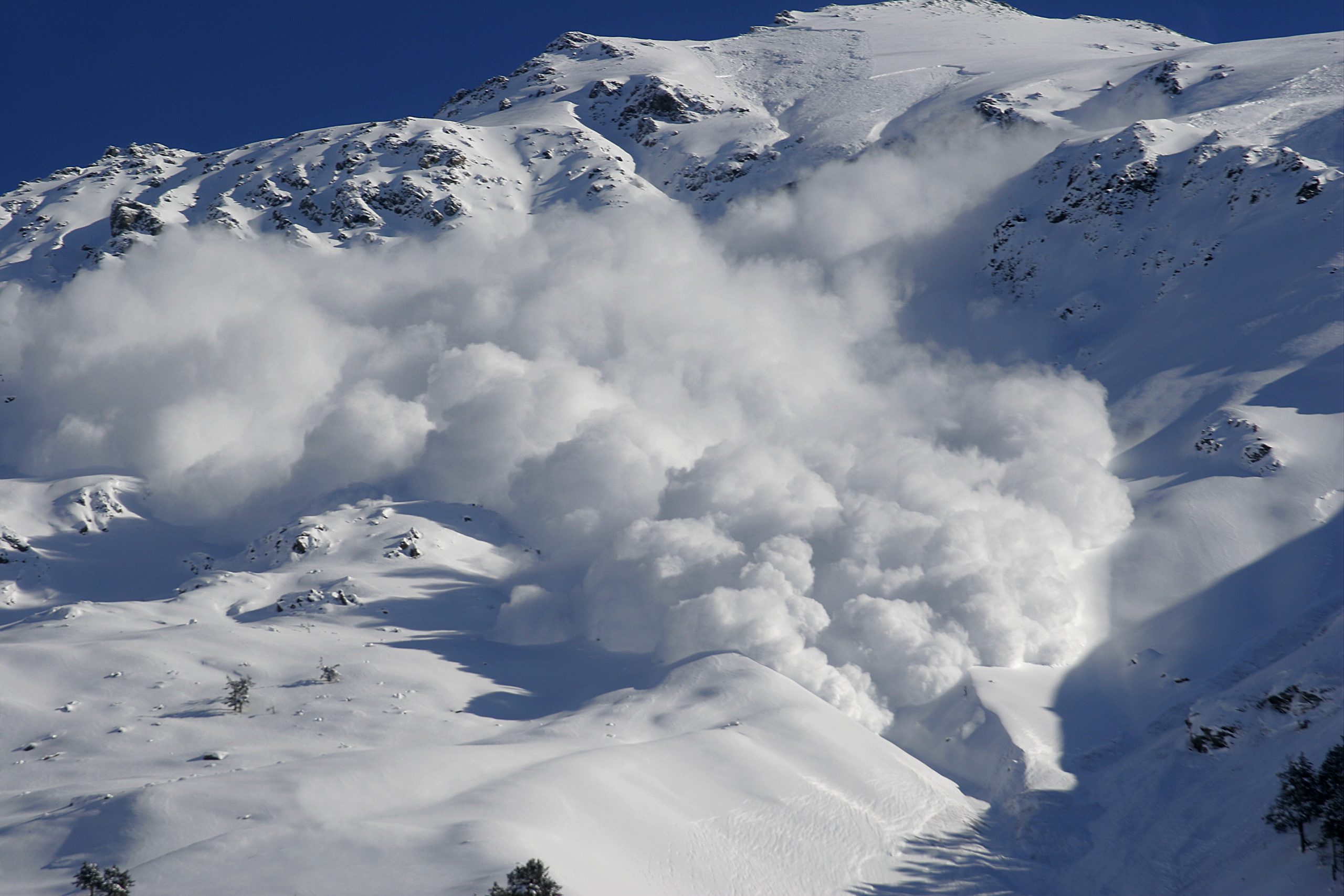 Human behaviour is also a major contributor to avalanche risk.

Careless skiing or snowboarding can easily trigger an avalanche. In addition, group dynamics can play a role in avalanche risk. When a group is travelling together in avalanche terrain, it’s important that everyone in the group follows the same safety procedures. If one person in the group makes a mistake, it could lead to an avalanche.

How to Identify Avalanche Hazards

There are several that are important to consider when assessing avalanche risk:

Avalanche activity can be assessed by looking at the recent avalanche history in an area. If there have been recent avalanches, it’s likely that there is still a risk of avalanche.

Avalanche debris can also be a sign of avalanche danger. If you see evidence of recent avalanches, it’s best to avoid the area.

You should always pay attention to the weather when assessing avalanche risk. Snowpack instability is more likely to occur when temperatures are warm and the snow is wet. Wind can also cause problems by creating wind slabs on the surface of the snow. 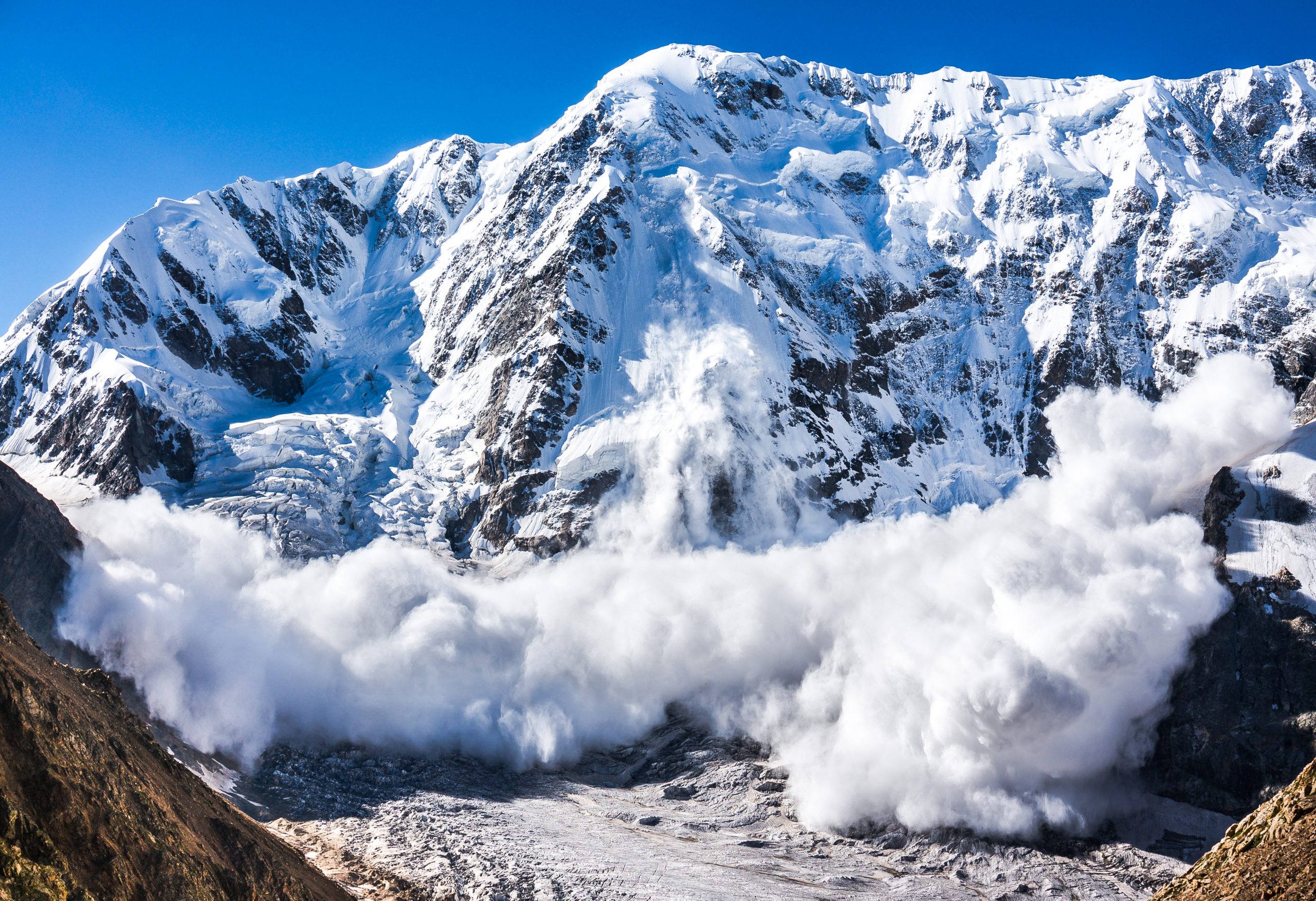 How to Avoid Avalanche Terrain

Avalanches can occur in any season, but they are most common in the winter. The best way to avoid being caught in an avalanche is to stay out of avalanche terrain.

Avalanche Canada explains that most avalanches happen on steep slopes that are between 30 and 45 degrees. It’s important to be aware of the avalanche danger rating for the area you’re visiting, and to heed all warnings and closures.

There are several avalanche safety tips you can put into practice to avoid avalanche terrain:

In addition, if you are planning to go out of bounds on your excursion, make sure you pack:

What to Do if You’re Caught in an Avalanche

If you’re caught in an avalanche, there are a number of actions you can take to increase your chances of survival:

If someone is caught in an avalanche and you have found them, your first priority should be to provide first aid.

If possible, move the victim away from the avalanche debris. If you can’t move them, try to create a shelter around them using whatever materials are available. Be sure to keep the victim warm and dry, and monitor their condition until help arrives.

We strongly recommend registering for our Standard First Aid course to guarantee your first aid preparedness!

Avalanche safety should never be overlooked. 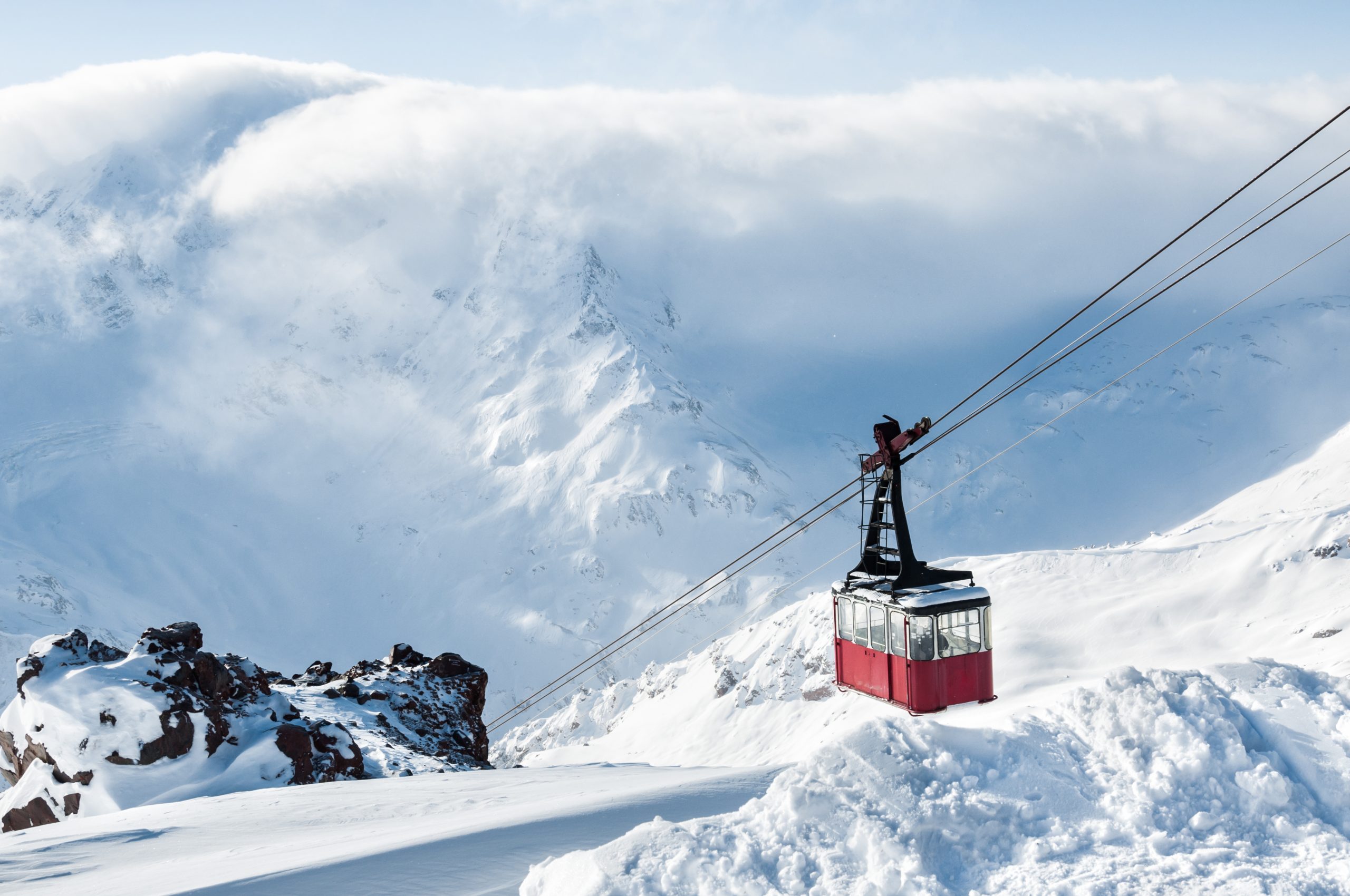 Before venturing out for a backcountry adventure, it’s incredibly important to identify hazards and assess potential risks.

By preparing for the unexpected and staying aware in the backcountry, you can ensure fun on the slopes this winter!

Be sure to rent an AED for your next backcountry excursion!

No Tricks: Family Tips for a Safe Halloween
October 24, 2022

5 of the Spookiest (and Healthiest) DIY Halloween Treats!
October 17, 2022

Your Guide to Everything World Heart Day
September 26, 2022