Jan Kirkpatrick began her career in the ‘lifesaving industry’ as a Nurse after moving to Calgary from Nova Scotia. She completed nursing training in 1976 where she met her best friend Carleen, and they remained best friends ever since.

One time, my mom was very sick, she had nausea and vomiting and diarrhea. Your mom and I were student nurses at the time and we thought we knew everything!! We tried to help her with clear fluids, pepto bismol, and other stuff. To this day my mom jokes about how Jan and I tried to kill her. Lol haha!

Jan only worked as a nurse in Calgary for a couple of years. She went back to Nova Scotia for a brief time and worked in hospitals in and around Halifax. After coming back out west for her friend’s wedding, she stayed.

When Jan returned to Calgary she changed directions and enrolled in a Petroleum Landsman Certificate at Mount Royal College. She met Jim Kirkpatrick in a biology course after seeing him throw popcorn down onto other students – She introduced herself and the rest was history.

Jan worked as a petroleum landsman for awhile, but it was not enough. She wanted to take care of people and save lives. So, she decided to start her own business (and no, it was not First Edition First Aid Training – yet!). 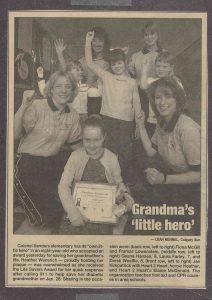 Jan initially started teaching first aid with her friend Elaine, and they started a company called Heart 2 Heart. Jan and Elaine were first aid instructors that focused on 2 major industries – Business and Youth Education. They had a number of instructors that taught for them, and also ran courses themselves.

First aid and CPR were really taking off and Jan and Elaine were extremely busy teaching in schools and on-site in businesses, and Jan’s dream to be in a life-saving career was coming to fruition.

At this time, Jan also had 2 kids at home, and the flexibility was perfect to be a stay at home mom when she needed to be, and work when she could.

Things went great for a few years and they even landed a spot in the paper after one of their students saved a life after their training.

Eventually the two parted ways and Elaine took the school program and kept the ‘Heart 2 Heart’ name, and Jan took the business clients and began to figure out a new business plan focused on corporate First aid and CPR training.

A Trainer Without A Name

Jan was an excellent businesswoman and maintained a successful first aid and CPR business in the interim. She still worked with a number of instructors and clients, and taught first aid herself.

Jim became involvement with the PAD program through the City of Calgary and suggested she look into selling defibrillators to complement her first aid business. She began her research to determine the best defibrillator (AED) on the market for the general public. She looked into quality, reliability, durability and ease of use and determined that the only machine that scored perfect in all categories were Philips AED’s.

Jan ran her business out of her home for nearly 10 years. She was a stay at home mom with a small office near the front door, and a very active address on Purolator’s delivery route.

Jan maintained her first aid business while she worked her way up the ranks within the Phillips family. She began the journey as a rep, gaining commissions from sales she promoted during courses. She then became a distributor when her sales became enough that she could bulk order and sell directly to her customers (which lead to the very busy purolator route – one that her daughter was not thrilled about answering the door for early in the morning).

Her business grew and grew and eventually the house was a rotating door of deliveries and first aid instructors picking up and dropping off equipment. Floating heads in the bathtub was a regular occurrence as Jan cleaned her rental equipment, and cabbage patch dolls for babysitting courses were an ongoing expense as her daughter adopted them as her own. As AEDs soon piled up and her closet turned into a storage room, it was getting to be that time that Jan needed to find office space.

In spring of 2009, Jan moved her product and home business from a small corner in her home to an office space in the Currie Barracks.

Her office had a few small sections in it, which allowed her to fit 2 desks, a storage room, and a first aid station. Both training and AED sales acted as separate departments and were busy enough to be treated as such, and she needed help.

“I was her first employee and started working part time in September 2009.  Then in October she was diagnosed with Cancer and stayed home for 4 months while undergoing chemo/radiation.  She continued to help me as I was new to the business and tried my best not to bother her, but she was always so good about answering my questions and guiding me while she couldn’t come to work.  She was an inspiration even during her worst days.”

Jan returned to work full time in February of 2010. She immersed herself fully into the company as it became her life’s work. Her daughter helped out in the office during the summer months and new part time staff were in and out as she established the company. Slowly Jan began to focus more and more on AEDs and less on first aid. While first aid was still a thriving part of the business, she no longer taught the courses herself and had a healthy roster of instructors who were kept busy.

Jan was always passionate about the products and their placement throughout Canada; she never hung up the phone until she completed the sale (whatever it took)!  She was awesome that way, and had unbelievable salesmanship skills.

First Edition First Aid Training Inc. skyrocketed and AED sales were triple the revenue of the already lucrative first aid training. In 2012 Jan hired additional help and by 2014 the team relocated to a bigger office space with warehouse facilities (their current location). She also completely rebranded with a new logo, website, and colours – which is the brand in use today.

At the new location, Jim set up rows upon rows of structural shelving which were always stocked full of AEDs for immediate shipment. She hired more staff and divided them up into larger departments: Administration, shipping and receiving, and first aid training. Jan maintained the role of primary sales-person and grew the company to the multi-million dollar corporation it is today.

Jan passed away June 28th of 2016 – shortly after her 58th birthday – after a long journey with Cancer. She never called it a ‘battle’ or a ‘fight’ and instead referred to it as her journey to wellness. She healed her cancer for years with natural remedies and holistic treatments after she first quit chemo and radiation.

She was healthy and happy and living the life of her dreams for over 7 years. She traveled the world, built up her company, saved lives, donated to every imaginable charity, formed deep friendships with many new people, and spent hours of quality time with her family and her horses on the acreage that she worked so hard for. It was only the final surgery (the removal of half of her lung in September of 2016) that compromised her immune system too much for her body to heal. From there, she became weak, and the last month of her life was spent with family and friends in the hospital and hospice.

Jan was a kind, caring, and deeply loving soul and always wanted to help everyone she met. She made a difference in the lives of every person she spoke to – as was evident by the 300+ standing-room-only turnout at her funeral.

Jan leaves behind a husband and 2 children (Sarah and David) who are still inspired by her every day and live their lives in her footsteps. David is a firefighter with the City of Calgary, and Sarah owns a marketing company and is the marketing manager of First Edition. Jim, a retired firefighter, has taken over ownership of First Edition and he along with Monique (the new office manager) and the team work tirelessly every day to ensure that her legacy is upheld and the company continues to thrive with the reputation she left behind. 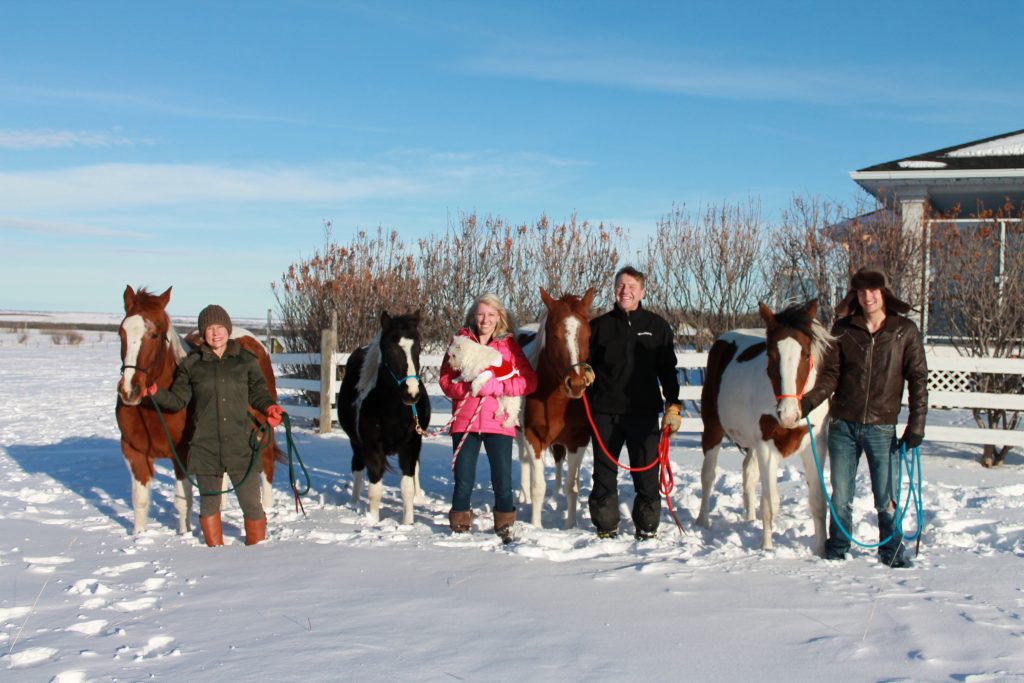 The Kirkpatrick family and staff at First Edition First Aid Inc. value the support of their clients and vendors during this transition and have big plans to take the company to new heights with Jan’s core values at heart.